by West of Ireland

We’re coming to the end of ‘a creative momentum project’. After three years of working together to implement the project, it’s now time to finish up activities and look back on what we’ve achieved – as well as plan for the future!

We had originally planned an international closing conference in Ireland on 1 March, where project partners from Finland, Northern Ireland, Sweden, as well as Ireland, would share their experiences of the last three years. Unfortunately the weather beat us, and we had to cancel the conference because of ‘Storm Emma’ and a Red weather alert.

Undaunted, project administrator Silvia Guglielmini set about organising something a little different for the closing event.  As the partners from Finland, Northern Ireland and Sweden were sadly not able to travel to Ireland again, it had to be a far more ‘West of Ireland’ affair. So on Thursday 12 April our lunchtime ‘closing event’ took place at Electric Galway (for anyone who’s ever been ‘out’ in Galway, it used to be CPs!!).

Chaired by Leitrim-based designer Leo Scarff, the event kicked off with an overview of the main outputs of ‘a creative momentum project’ by the project co-ordinator for the Western Development Commission (WDC) Pauline White (full presentation under ‘Downloads’).  Some of key outputs include:

A resource for creative enterprises developed by the project – a Video Pitching Toolkit – was also presented.  If you plan to hire a video production company to make a ‘pitch’ video for you, it helps to know as much as possible yourself to make sure you get value for money. The VPT resources can be downloaded here.

Next up was Aisling Murtagh, postdoctoral researcher at NUI Galway who presented another resource produced by the project – Creative Business Model Toolkit (full presentation under ‘Downloads’). This Toolkit helps creative enterprises at all stages to consider or review their business model.  The Toolkit has two sections:

The Creative Business Model Toolkit can be downloaded here. And you can find a series of blog posts about the Toolkit in our Deep in Thought section. 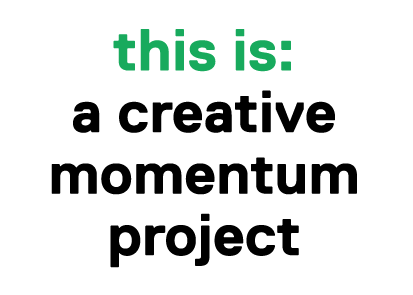 Other Posts by West of Ireland